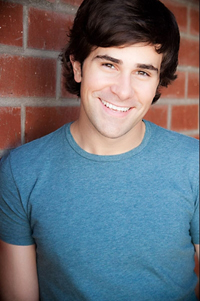 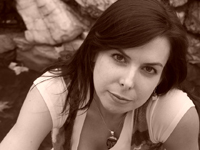 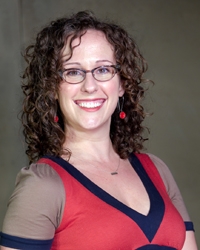 
Other interviews
TheatreWorks posts its own profile of Brett Ryback. 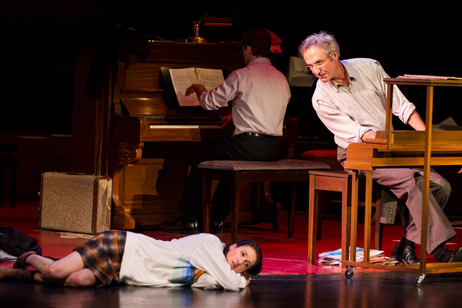 The script for Laura Schellhardt's brilliant new play, "Upright Grand," notes, "This play was conceived with two pianos in mind. The production, however, may be rendered in several ways --"

And then Schellhardt makes suggestions. Shell pianos, or maybe just piano benches for the actors, while real pianists play behind them.

And, "The actors could, of course, play the instruments themselves. In this case, it's preferable, for the actors to be skilled musicians, as the characters are both skilled in their individual ways."

"Upright Grand," which workshopped at TheatreWorks 2011 New Works Festival, is a beautiful, remarkable play about a father and his daughter. He plays an upright grand in a bar. He wants something better for her, and indeed, she eventually gets to play a full grand at Carnegie Hall.

And, they are "both skilled in their individual ways."

Piano music is sprinkled throughout - even some of the dialogue is rendered in piano:


"And by perturbed, I mean that murder crossed my mind, but then...

"What could I do? (from the piano - another rumble)


So for director Meredith McDonough, one of the challenges of staging her friend-since-college Laura's play, was deciding what to do about the actors and the pianos.

There are three actors - Pops, Kiddo and Toady-Tuner-Tutor-Todd - and if each of them had a full piano, it could get crowded on stage. And, as McDonough explained in an interview, they didn't want to put a grand piano between an actor - in this case, Renata Friedman - and the audience. Or, an upright grand between Dan Hiatt and the audience.

Plus, a lot of music has to be played, and it has to be played very well - including all that stuff where a piano does the talking. So, McDonough explained, the decision was reached to have "one extraordinary piano player, and two who used to play when they were kids."

The extraordinary player is Brett Ryback, who plays the characters Toady, Tuner, Tutor and Todd, but who also does most of the real piano playing.

"I'm the auxiliary man," Ryback said during a recent interview, sounding rather happy about it. "I really love it. In addition to that, I also play piano. I didn't know it would be such a challenge, a lot of responsibility.

"But it is so much more responsibility than I'd thought, in terms of crafting musical voices for each character -- things like, 'play the piano drunkenly' ... "play like a 12-years-old, then progress.'"

Ryback hasn't been alone in preparing the music, though - he's had plenty of help from the TheatreWorks resident musical genius, William Liberatore.

"Bill Liberatore is an incredible asset," said Ryback, "as an outside musical eye in the process, and as a creator, for the charts and the arrangements.

"I threw my hands up in the air about coming up with the musical material. So I just said, 'Here, Billy, you come up with something. You tell me what to do with it."

And so Liberatore did.

In fact, on Facebook Tuesday night, Liberatore posted an image from the show, and said, "I had the huge privilege of helping to create the piano score for this wonderful play at TheatreWorks. It reminds me so much of the music my dad played and loved, and of course the incredibly touching story of a man and his daughter makes me all weepy ... I love you Emily Liberatore."

Well, I am a dad, too, and I must say that "Upright Grand" made me both laugh and cry, and made me think of my own children, whom I love. And increased my already high opinion of Schellhardt, whose "Auctioning the Ainsleys" was a brilliant production at TheatreWorks in 2010.

"Upright Grand" is a thing of beauty, in its script anyway, about how parents influence their children, by direct and indirect action. It cuts to the heart of what parents attempt and what really happens, and the powerful ties between children and their parents.

Ryback's job, in that pas de deux of Pops and Kiddo, is to fulfill all the ancillary roles that help tell the story. He's the toady at the bar, who brings out the all-important tips glass; he's Kiddo's tutor; he's the piano tuner; and he's Todd -- whose important role you can discover when you see the play.

All those roles, and playing the piano throughout, make Ryback a busy young man during "Upright Grand."

And he digs it.

"There are a couple of tricky moments, when I am playing, then immediately stop, walk around, change what I'm doing. It's like brain gymnastics. A new kind of challenge, and a lot of fun. It's been never-a-dull-moment. ...

"I think that if ever there was a production where the other two actors played piano, it would make my character feel unnecessary. It would just be an extra person. As it is now, it is somebody who is an embodiment of their physical voice and musical language.

"This creates something that is larger than life," he said. "And presents unique challenges - having to time things out, having to show the other actors how to successfully mime music.

"I think it is incredibly successful. And kind of neat, about the partnership -- in the way the music comes across ... when the actors sat down at shells of pianos and did things with their hands, it's so much more than that, when they take that away and just experience the feeling of music with bodies, faces and souls. It connects with the audience more. The actors are almost like dancers, taking on the music in a way that communicates to the audience in a much more visceral way."

The play, Ryback says, "is about parents and children who are artists. It's an exploration of being responsible for talent in the world -- but not necessarily your talent, but the talent that is part of a legacy ... it's something that everybody can relate to on some level. We have direct and an indirect responsibility for putting something out in the world.

"Pops has an ability, but his daughter surpassed him. If that's not the quintessential parent-child relationship, I don't know what is."

Ryback, who just turned 28 on July 3 - almost a Yankee Doodle Dandy - started playing piano when he was 10, in Milwaukee, Wisconsin. He studied piano composition at UCLA, but most of his background is actually in musical theater and cabaret music, which makes him a good fit for this play. He is based in Southern California these days, where he makes living wages in television and movies, but also does as much theater as he can, including at South Coast Repertory in Costa Mesa.

It was there that he hooked up with McDonough.

"My main love in theater is doing new work," Ryback said. "I met Meredith while premiering a new play at South Coast Rep in Costa Mesa. I'd been told I should meet her. She told me about this piece, and it kind of all worked out.

"I'm just so excited to work with her on a new project. TheatreWorks is like a summer vacation. Nothing but positive." 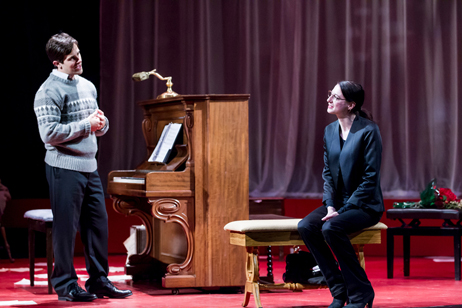